Yesterday, I walked a mile to the coffee shop. I haven't done that for a long time due to foot pain.  On almost the entire walk, I was fine, until perhaps the very last tenth of a mile. Today, my foot is feeling good.  It has been beyond frustrating not to be able to walk as long as I like wherever I like. It's made me lethargic and achy, in fact. I have hated all this foot business even though I have done a terrible job of sticking to the stretching regime that is supposed to cure me. Oh well.

What else can I tell you? I went to the work happy hour last night and spent almost the whole time talking to one person. I just...I like parties fine but I only ever mingle until I can find someone to talk to--then I do just that as long as I possibly can. The upshot of this conversation is that I may have a new salsa dancing buddy! Good thing my foot is feeling better!

Right, that's what I forgot...this morning, in the metro, I saw a man on the escalator in front of me. He looked exactly like someone I went to grad school with--Neil. I followed him a couple of steps to his side of the platform and caught his eye. A second after we made eye contact he did a mini-jump and said my full name--I said his--as it was, in fact, Neil. It was a bit startling to encounter each other in this way after at least 10 years of not seeing each other. We chatted a little. He's not living here but near Baltimore, but coming to DC a few times a week for a project. We exchanged cards and hopefully will meet for lunch one of these days.

It's funny to think about him. We weren't close friends but we were friendly. Neil certainly liked me even though he's a bit odd and standoffish. I know he liked me because Neil once set me up with a friend of his (he gave the other guy my phone number). I even dated his friend briefly (ah, Stupid Greg).  But Neil and I were always "just" friends, especially since he always had a girlfriend, and I didn't find him particularly attractive. Heck, he's probably married now. Oh, and practically the first thing he asked me was, "How old are you now? I'm basically 60!" I told him my age and he was surprised that I'm only five years younger than he.  That's not a lot in the real world but it's forever in grad school years.

Oh, right, and I was super late to a meeting on Tuesday because I drove up to Baltimore to see my brother. That was very interesting at the time and now a mere memory, thank goodness.

I've enjoyed a few boss-free days around the office but now she's back and ready to make my life miserably annoying again. I can hardly wait! 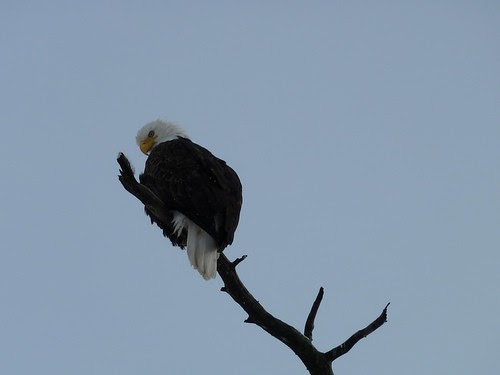 Grateful for: lots of interesting encounters.