On Thursday, I didn't really have a plan. Alicia brainstormed with me on Wednesday night, and we thought I'd go to Richmond and take the boat from there to London. When I woke up on Thursday, though, it was raining and gloomy—not a great day for a boat ride. As a last minute thing, I looked up a few yarn shops in London and plotted a tour of them. I came away from Israel with two commissions: a shawl for one niece and a vest for a new baby. (Spesh said I could knit him a pair of socks, but I'm not completely sure if he was serious. I probably will knit him socks eventually, since I've been threatening it for over a year.)

When I looked carefully at the three shops I'd picked for my tour, I realized they were all fairly close to the Regent's Canal. Another thing I wanted to do was walk along that canal. It turned out perfectly. The first shop, Prick Your Finger, was closed when I arrived so I went next door to have lunch at the Worker's Cafe. 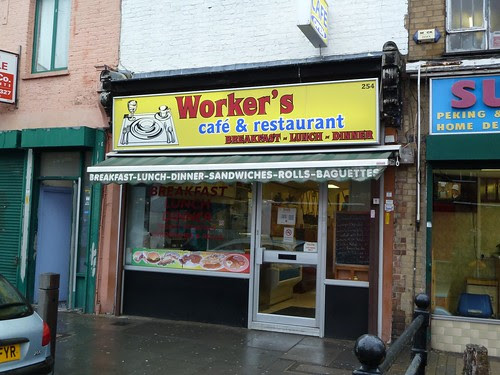 I ordered a "bacon sandwich" and got exactly that—a couple of pieces of "bacon" (Euro style) between two slices of well-buttered bread. Ok. It was fine.


I finished up and went next door to the shop, which was small but well stocked. 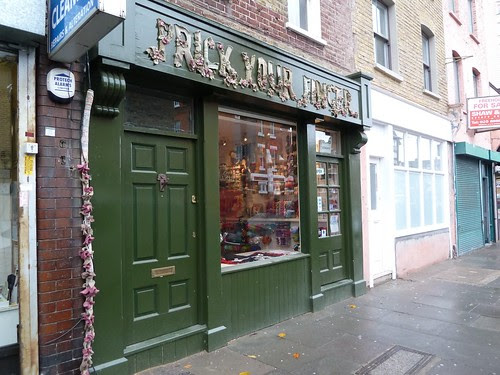 I saw some nice looking black yarn and next to it, white yarn. Merino, grown, spun and completely processed in the UK. A winner for the future shawl! I chatted with the two women working there and bought three skeins of the black and one of the white. I'm now thinking I should've gotten one more of the white. Mail order perhaps?

After the first yarn shop, I walked towards the canal. Was this public housing? 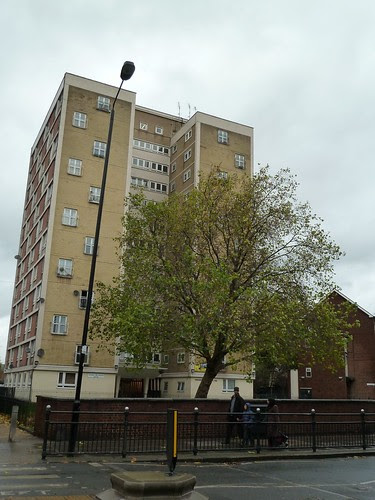 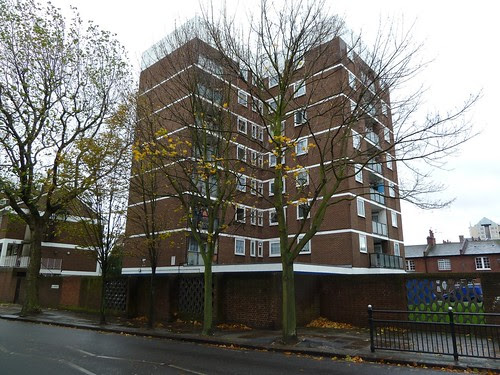 I hit the canal via Victoria Park, a place I'd never been, in the East End of London. Very pretty, pretty empty. I starting taking pictures in earnest. The canal was very scenic and full of long boats that people actually live on. And try to sell! 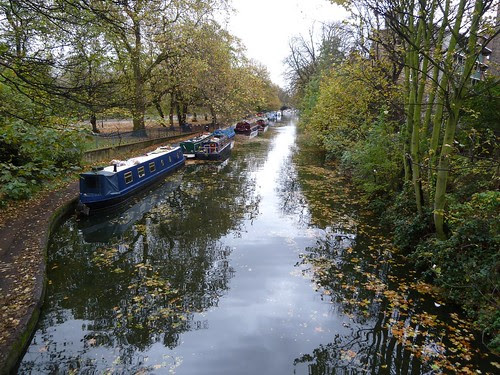 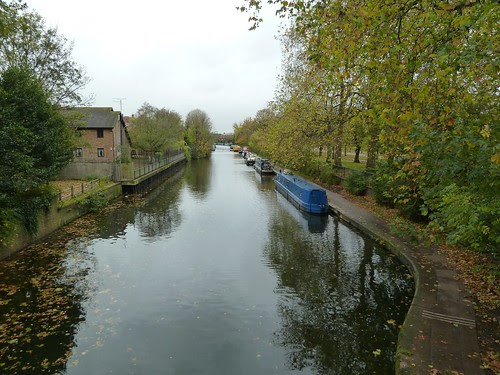 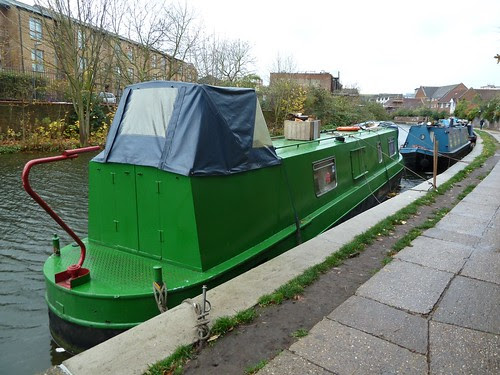 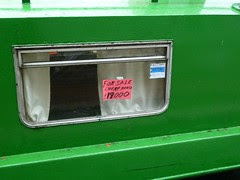 This is the spot where I left the canal to find the second yarn shop. 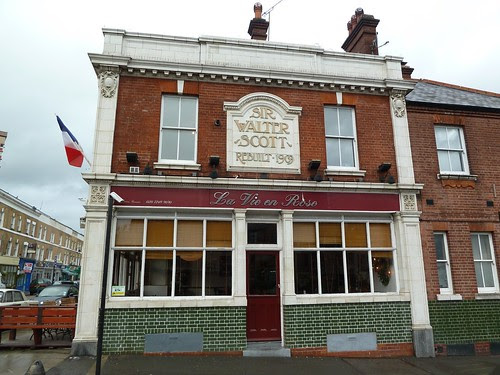 I missed the shop and walked to the end of the street. Because I'd had a light lunch, I decided it was time for coffee and cake. My timing was impeccable because not five minutes after I got my coffee, the rain started to come down in a sheet.