People sometimes ask me for suggestions about what to do in Seattle so I decided to keep track of where I go on this visit and write it all down. This is mostly food...but a few other sights may sneak in.

Note: I'll be updating this post periodically during my visit and pushing it up to the top of the page. If you're not reading via RSS, you may want to scroll down.

First day, we went to this very pleasant coffee place south of Greenlake called Zoka. I liked the look of the place a lot. A mix of wooden tables and chairs a pew-style bench along the wall and a couple of leather club chairs in the center. Also, a few decent tables and chairs outdoors.

Unfortunately, that’s about all I liked about the place. Mom and I had iced coffee and I thought it was bitter and a little “off” tasting. Mom had a bagel she didn’t like. I had a decent grilled pesto-chicken-mozzarella sandwich but I had to remind the staff that I’d ordered it. Such lacksidasical service in Seattle is pretty unusual. After the sandwich I had a very tempting looking chocolate truffle cookie. Its looks didn’t deliver—rather than something rich and fudgy it was plain and cakey. Nothing worse than a disappointing cookie. Still, if you are looking for a nice place to sit for an afternoon and soak up some free wifi, it wouldn’t be a terrible choice. At least we know the staff isn’t going to pay much attention to you.

Mom and I went to dinner at Tutta Bella on my first night. We got there very early, 5pm, due to jetlag and in order to eat before at 6:45 movie. It was us and families with kids—but this place is huge and they sat us away from the big family groups. The menu is simple and short:  salads, pizza and calzone. A small salad is enough for a meal and perfect to share. The pizza is enough for one hungry person and also good to share if you were to split a salad. Nice beer and wine list though we both had soft drinks. I’d go back.

After dinner we went to the Crest Theater, a cheapo movie house in operation for as long as I can remember. The Crest is just North of the Seattle border in the city of Shoreline (which incorporated after I left town). Three bucks for slightly past their prime first run shows. Sometimes where arty pictures go to die. Everything is a little seedy and musty but it’s not horrible. This night, we arrived at 6:20 for our 6:45 show but since the box office didn’t open until 6:30 a line had formed. People almost came to blows over a discussion about changing the direction of the line to avoid the sun. Only in Seattle.

The film we saw was The Brothers Bloom, which I'll write about in more detail elsewhere.

On Friday, Mom and I went to Fremont, which is still my favorite neighborhood in Seattle. The last place I lived before moving away for grad school was just near enough to the border of Wallingford and Fremont that I could claim Fremont but I knew it wasn't true. My fantasy of moving back to Seattle involves renting an apartment in the two-story brick apartment building across the street from the Still Life Cafe, which, unfortunately is no more. I'd always go there for a good sandwich or a bowl of peanut soup when I came for a visit. Mom never cared for it because it was always a little steamy inside. I guess I found the poor ventilation part of the charm.

Anyway, since we couldn't go there, we found another spot, which was wonderful: Homegrown. Yes, it's a little pretentious in a super eco-friendly way that is typical Seattle, but holy moly, those sandwiches were fantastic. Mom had a crab cake, bacon + avocado and I had a bacon, lettuce, avocado and tomato sandwich. Both were amazing. Mom said it was the best sandwich she'd ever had. I'm not sure I'd go that far but I'd definitely go back. Side note: no one in the place was wearing real shoes--it was all sandals or running shoes. A trio of jeans-wearing men lingered at the door deciding whether or not to come in and ended up turning away. I said to Mom, "I knew they wouldn't come in, they were all wearing real shoes."

Another aside: this place is full of Keen-brand shoe wearing, Honda Element and Volkswagen driving hipsters. The ratio of hipsters to "normal" folks is high. Hipster here seems to be women wearing short dresses over slacks and men with quirky hats, short pants and potentiall socks with sandals. You just don't see this in DC. It's fun.

On Friday morning, the local NPR station had a long feature about locally made ice cream. One of the places featured was Molly Moon's. I had plans to see my friend Mike on Friday afternoon, so I dragged him, willingly, to try it out. Wow. Yum! Mike had the coffee, which was rich and sweet and bitter. I had the salted caramel, which was amazing. It was like those most exceptional caramels I got in Paris at A l'Etoile d'Or translated to ice cream. Handily, just down the block from where my mom lives. 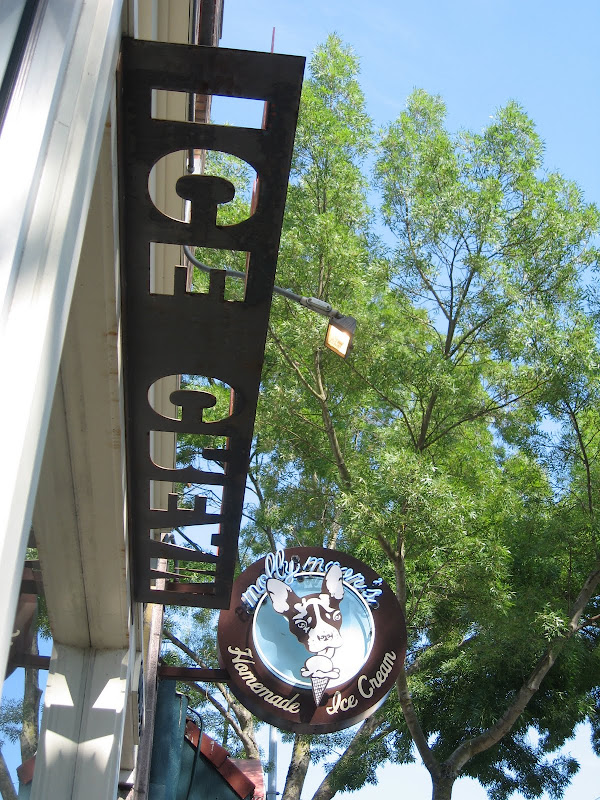 Another spot we visited in Fremont was Theo Chocolate. Samples of almost everything they sold were spread with abandon throughout the store. I sampled with abandon as well. 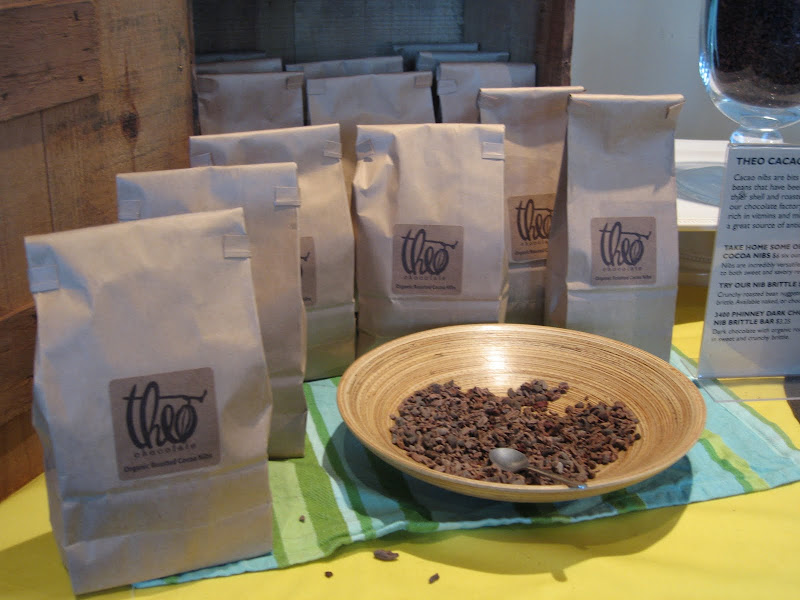 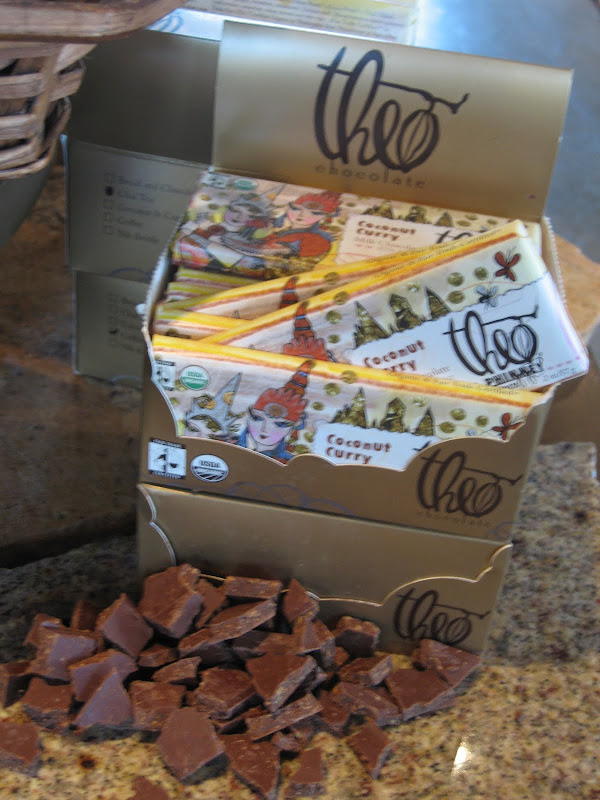 They give tours but we didn't take one. I am more a milk chocolate fan and this place had mostly dark on sale but it was all quite good. Some interesting flavor combinations. Most people will find something to like.
Grateful for: lots of great places.
Posted by Jamy at 8:46 AM