I didn’t decide until the last minute if I was going to try to see any of the inauguration in person. However, a few days before the big event, my friend, JenA told me she wanted to go to the Mall. From that point, my fate was sealed. I wasn’t ever willing to get there at 7am and freeze. Instead, we got down there very last minute and secured a spot just north of the Washington Monument with a big jumbo-tron screen in the distance. We each had a little portable radio tuned in to NPR so we could follow the speeches and music without relying on the wavering and volume-challenged audio.

In addition, Jen and I spotted so many lost gloves and mittens that we started keeping count. We lost track after 25 or so, but I think the final count was something over 30. I saw a young woman, concentrating on her text-ing device drop a glove. Several people tried to catch her attention and alert her to the loss but she stayed focused on her device and kept her head down. I scooped up the glove and ran after her, opposite my direction of travel, tapped her on the shoulder and handed her the glove. Jen and I laughed with pleasure and relief that we were able to reunite at least on pair of potentially orphaned gloves. I’m all about hope, it turns out. The atmosphere was warm and friendly—kind of like how it can feel around Christmas, even if you’re not Christian. The crowd was very ethnically diverse but I was pleased to see plenty of white faces. Many folks booed Bush and Cheney (ok, I booed softly when Cheney was mentioned), but a woman standing near me agreed that there was no need to boo Bush—he was done and, really, we should cheer. The king is dead, long live the king! Or the president. You catch my meaning. The institution is powerful and can be used to do great things. I guess all I’m hoping for now is fewer abuses and some attempts to do something to help the disadvantaged in our society. It could happen.

I took heaps of probably not very interesting photos. Some of my shots are similar to others I’ve seen posted around but a few are unique-ish. For your viewing pleasure…

Saw these folks gathering as I started walking to the Mall via H Street NE: 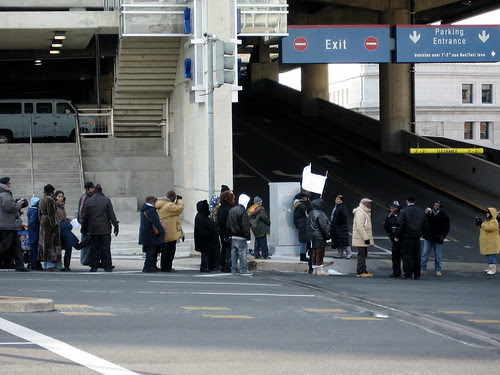 Long line of tour buses parked a few miles from the Mall, along H Street NW: 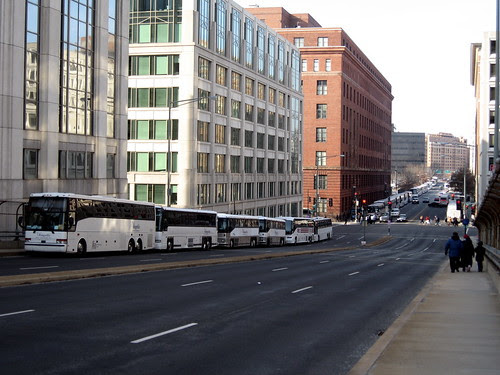 Saw this scene at many intersections: 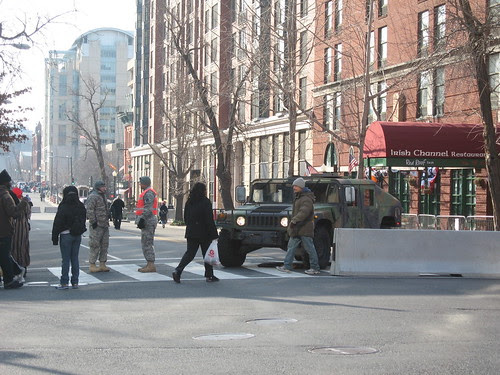 The folks at Metro (WMATA) did a great job of providing transit information. Buses were a much better option than the subway!: 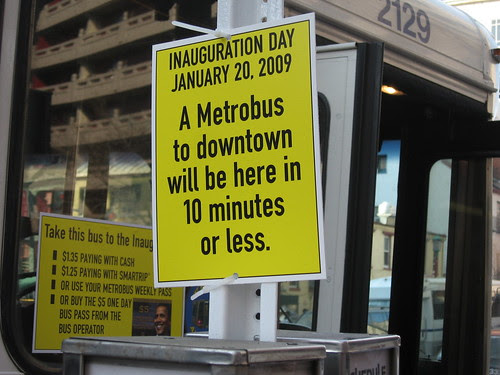 I did not buy the commemorative bus pass or SmarTrip card: 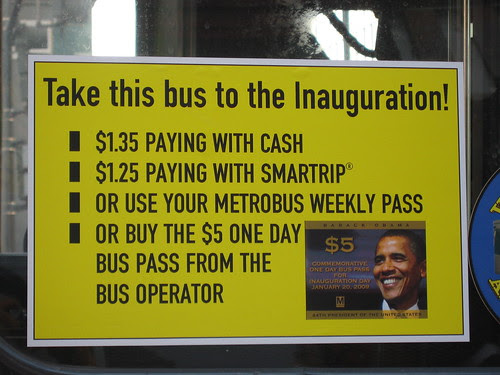 In case you were going to a ball later: 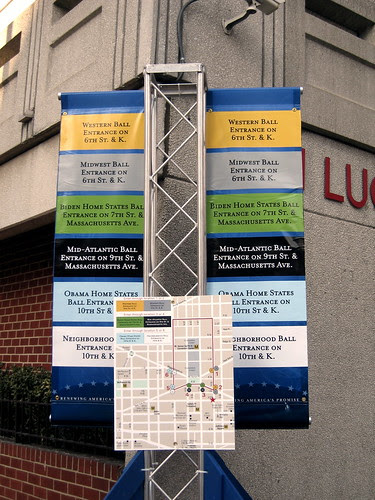 Lots of people were selling stuff: 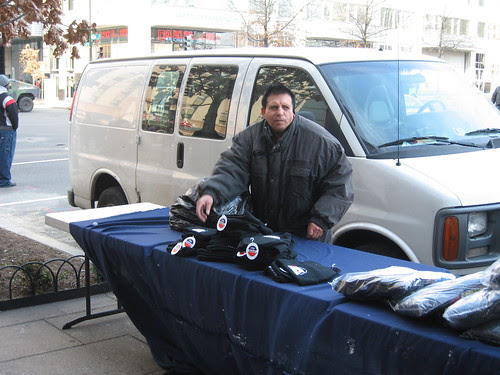 Buses were used all around the perimeter of the "no traffic zone" to block streets: 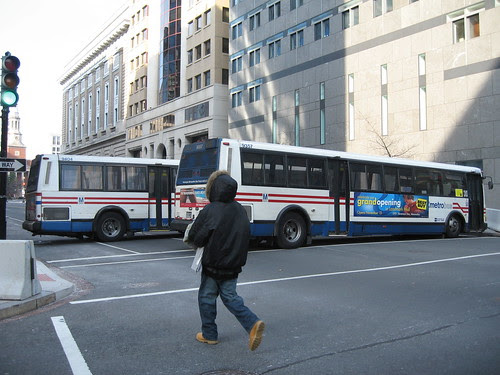 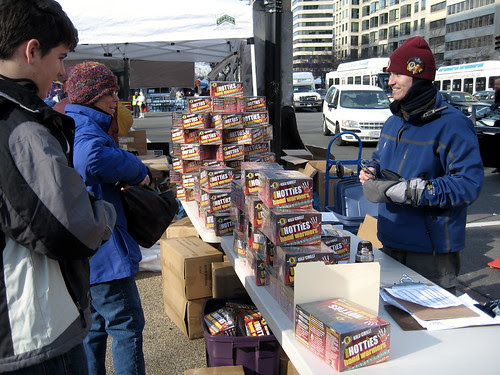 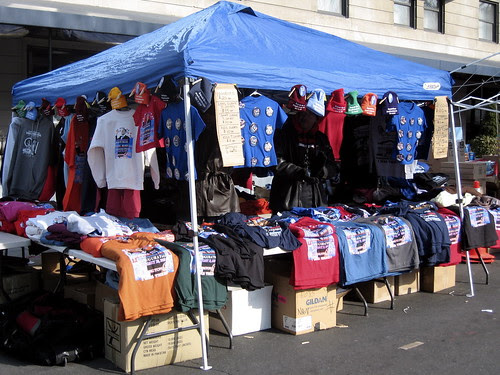 Bunting-style hats and scarves for sale: 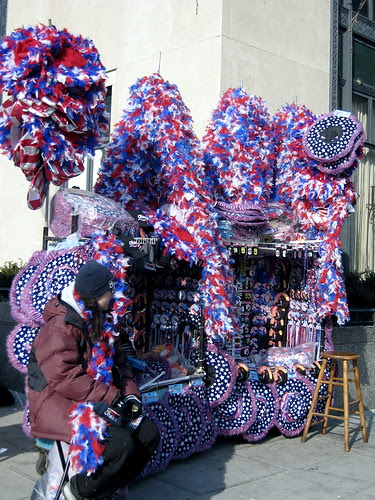 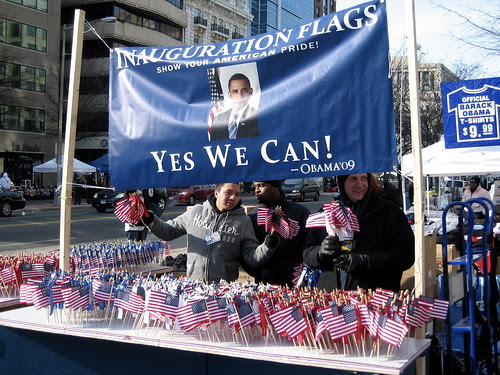 Food for the hungry masses: 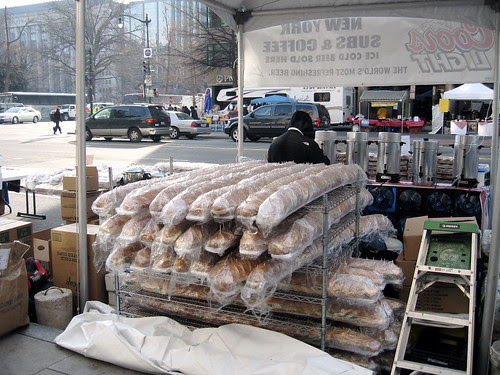 The bike valet was completely full when we passed by: 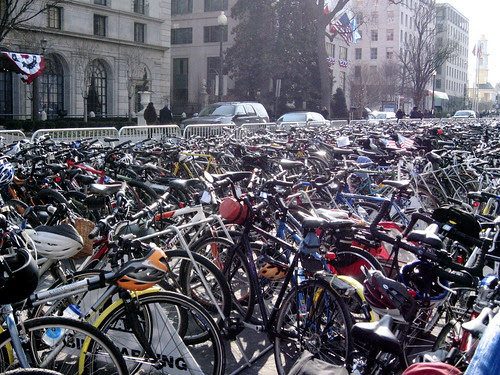 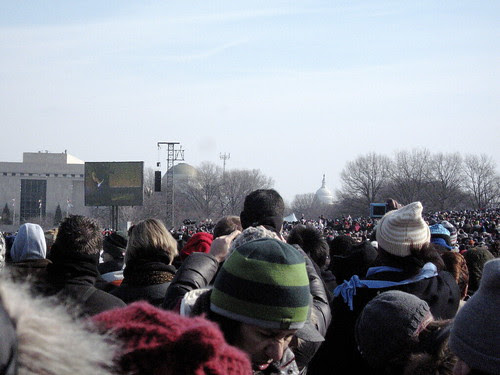 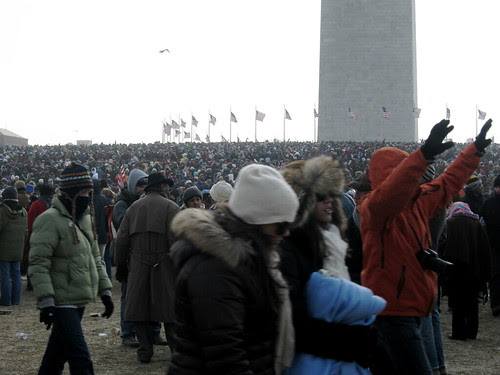 Slipping on thin ice--the reflecting pool on the East Side of the Mall, in front of the Capitol: 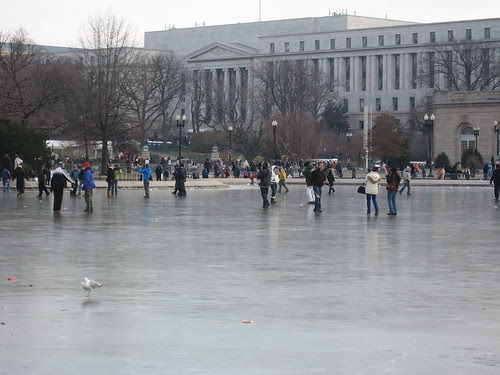 The Capitol, still dressed up: 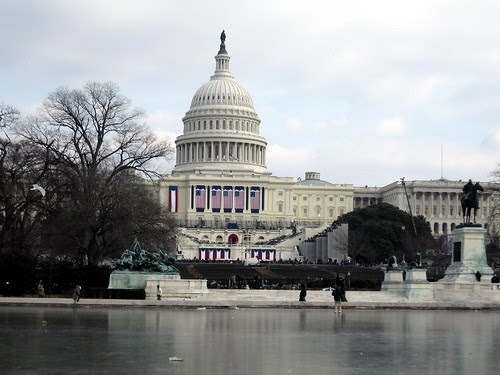 The paraded route. I believe these service people stood for at least two hours before the parade started, possibly longer. Not sure if they had to stand for the entire parade: 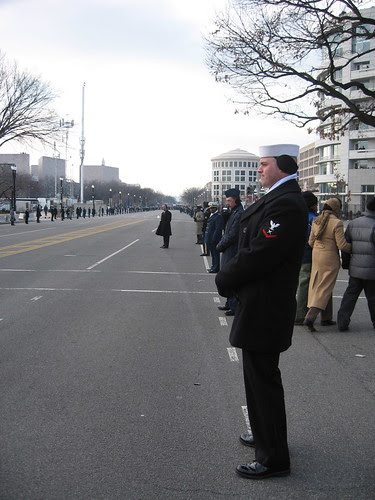 A lot of Harley waiting in the police staging area for the parade: 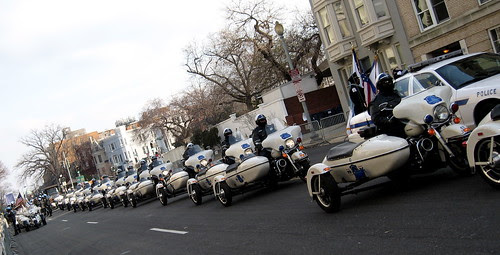 That's it! I'm glad I went and even happier that I didn't get hypothermia.

Grateful for: new leadership.
Posted by Jamy at 12:03 PM