I know you don't want to read about how I'm slowly losing my mind over a fictional relationship (well, it's more real than some of the relationships I've had over the last year or so--this one does have some basis in reality, at least), so how about some pictures?

Saturday and today I carried my camera around with me. I've started taking pictures of bakeries; perhaps it will be a series (famous last words).

Oh, I also talked to my dad today. He asked if I were still going to a lot of movies and when I said yes he said, "You didn't need to go to Paris for that...or..." and then he kind of trailed off, realizing that maybe it wasn't such a politic statement. I told him Paris is actually a great place to see all kinds of obscure films you never get to see in the states. Dad also tried to get some more details about A. from me (my own fault for mentioning him). What could I say? "I haven't talked to A. in three days and may never again and I'm feeling a little ill about it, which means I'll call/text/email him and probably drag things out a little longer...but then again he's probably just busy with work and we don't make a habit of chatting on the phone (which is prohibitively expensive for me on my cell phone anyway, if I do the calling), so he'll call when he's free and would like to see me. And until today, I'd managed to calm down about it and keep myself busy but today is not going so well." No, I didn't say that, instead I said, "It's casual, which is fine, except I don't seem to be equipped to deal with anything casual." Which at least got an understanding chuckle from Dad.

Anyway, Dad asked if there were some way to turn my passion (for seeing movies) into something remunerative. I said I had no idea but that if he did, I'm open to suggestions. You all can let me know too. But, see, I tried to start writing those little movie reviews and I haven't kept it up. Why not? Why not now? It's not like I have anything else pressing to do. I mean, I'm SURE I could fit in moping about a boy with a tiny little bit of writing about movies. Oh sigh. Why am I so pathetic?

Hah. Fooled you! (Fooled me is more like it.) How could you think I wouldn't write about my angst? But, here are pictures! Hooray! 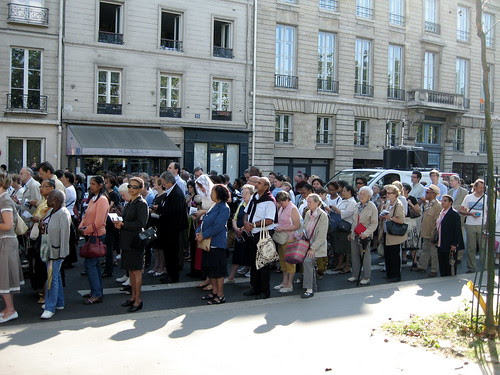 Procession through the streets of Paris celebrating the Assumption. 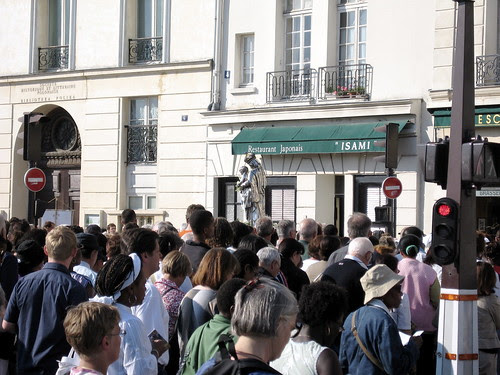 Here's the Silver Mary they were accompanying.

I broke off with the procession at this point and walked down to the banks of the Seine. Currently, "Paris Plage" is happening, which is a beach like atmosphere by the Seine--it's a couple of steps from beach-like, actually (it's a fake-fake beach, if you will), nevertheless, it's quite popular and crowded. 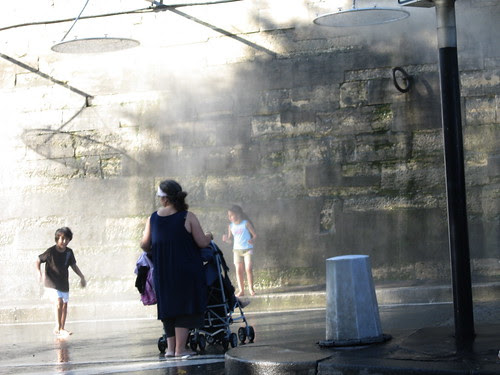 A misting station--necessary because the beach has river views but has no actual access to water. 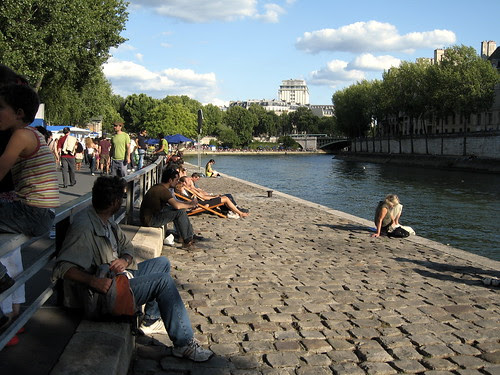 Some of the crowd on the "beach." 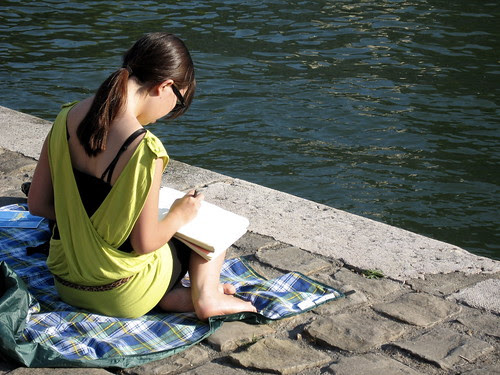 Taking advantage of the light. 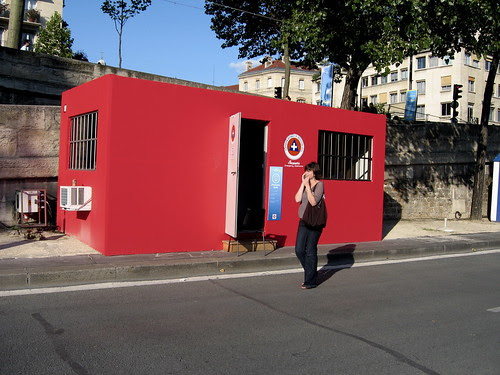 In case of emergency, visit the red box. 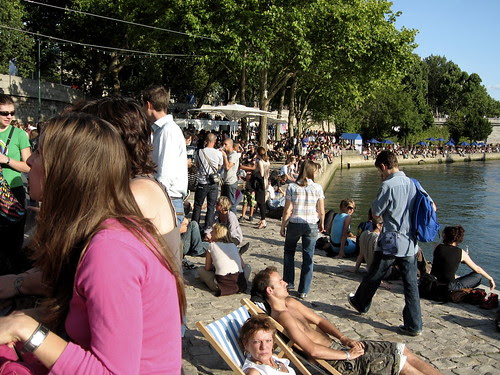 People love this place! (Except for the lady in the bottom of the frame
who seems to have noticed I was taking her picture. Sorry lady!) 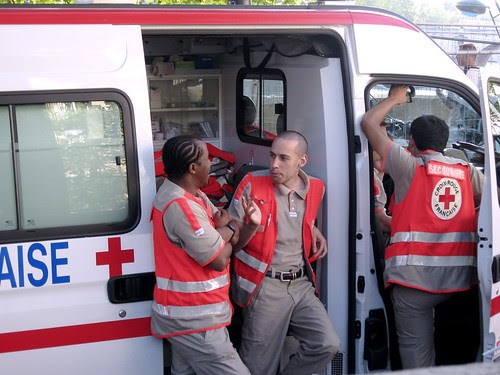 More help if you need it. Never let it be said that the French are not prepared.


Last, one of my bakery shots. Do you want more? Do you want pics of the actual bread and pastries (I don't know if I can pull that off!)? 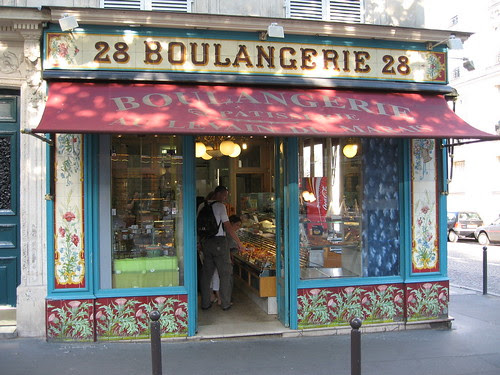 Finally, I haven't lost my mind yet. I did text you-know-who and got a friendly response. I was all ready to have a talk with him but I didn't much trust myself...who knows what I would have said? None of it would have made much sense, that's for sure. Instead, I got confirmation that he was working and a tentative (sigh) plan for tomorrow night. I'm not saying I don't still feel pathetic, but at least I'm a lot calmer than I was earlier today. Oh well, baby steps.

Grateful for: one step forward.
© Grateful Dating
Posted by Jamy at 6:17 PM