I use my bike a lot for transportation. In Montreal, I would be in good company. They have not one, but two, types of parking signs designed to double as bike racks. These are not meters, but rather signs giving each space a number, and instructing you pay at a central machine. There is a similar set-up in some parts of Arlington. There are older parking meters as well, but those are probably being phased out.

The first type of parking signs look like they've been retrofitted to serve as bike racks. 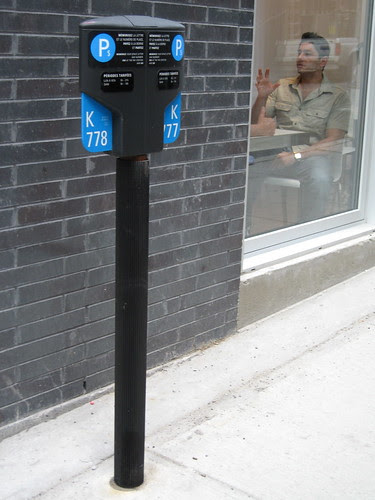 Note that the metal post is covered by a piece of corrugated hard plastic, in order to prevent harm to the bike. 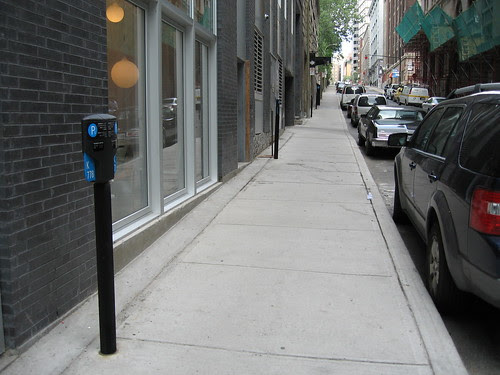 Here is one of the posts in use: 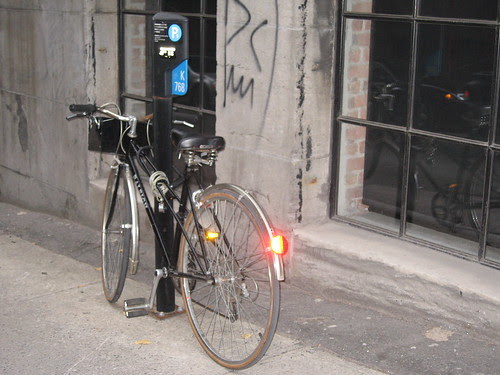 The second type of parking sign has loops for two bikes built in: 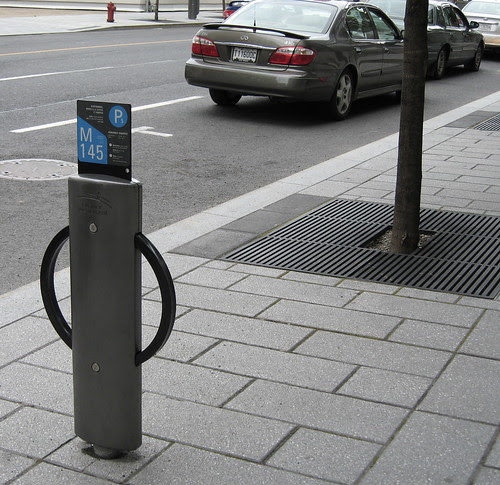 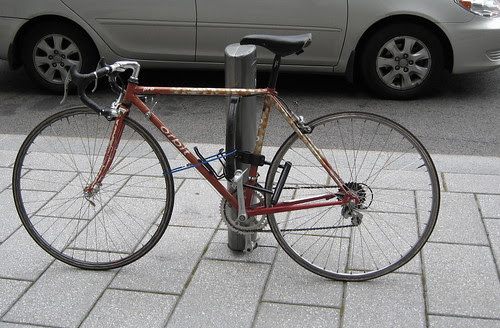 I actually caught someone in the act of using the rack: 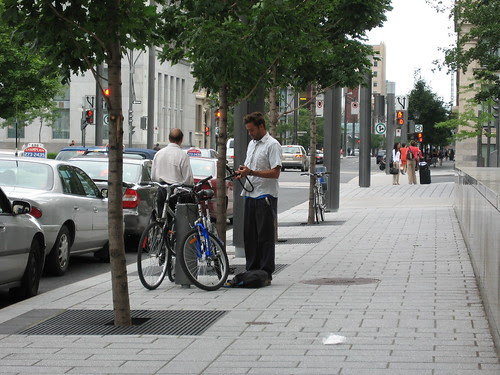 Another type of common bike rack (it doesn't look as secure, but you'd have to pick the whole thing up to steal the bike, which is probably enough of a deterrent): 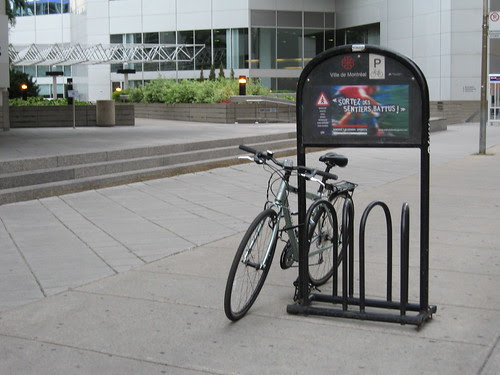 I noticed that most of the cyclists I saw were using their bikes for basic transportation. They wore street clothes and no helmets. There was a bike path down by the river that was used for recreation (sorry, no pics of that), but around town there were a lot of "commuters." 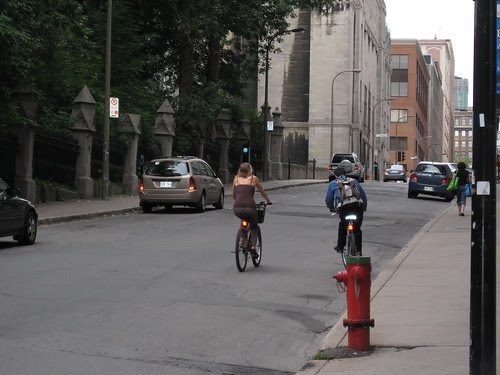 There were also a few streets with part of the road dedicated to biking. It was no Amsterdam—there you will find foot high curbs separating bikes from traffic AND separate traffic signals for bikes—but the path was separated from a parking lane by posts embedded in the roadway. 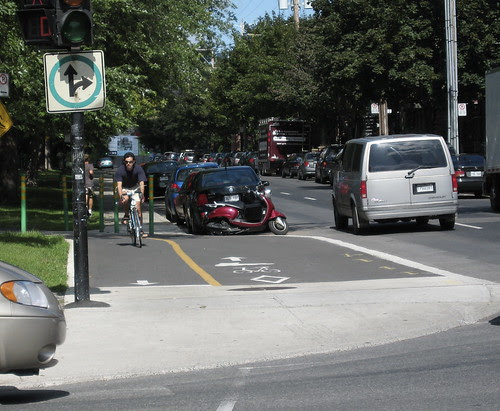 The parking was between the path and the traffic lane, so cars will never pull out in front of cyclists. 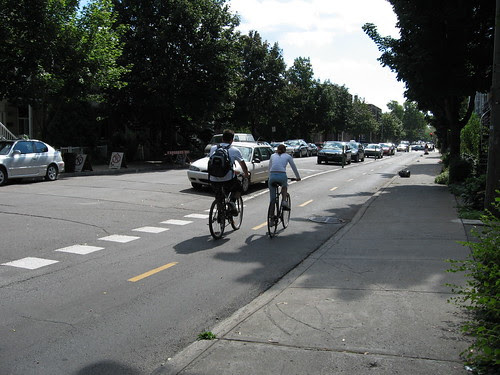 In this photo you can see more clearly how the two-way bike lane and parking are arranged: 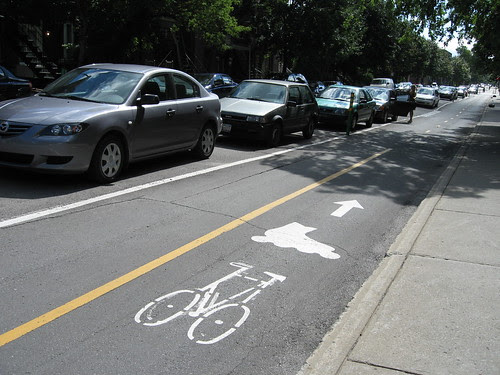 I wish DC were this considerate towards its cyclists. Making bike parking easier would go a long way to encourage people to use their bikes as regular transportation. Dedicated bikeways wouldn't hurt either.