A day in a few pictures

Last Sunday, I took my "little sister" (not my actual sister) out to brunch and to see some Chinese New Year festivities. We had great food in Chinese restaurant in Gaithersburg and then headed a little farther north to a mall where there was a Chinese New Year celebration. This is some of what we saw (they are "lions" not "dragons" apparently): 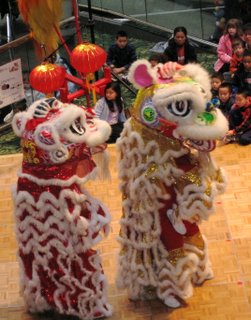 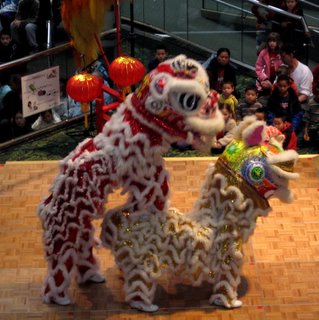 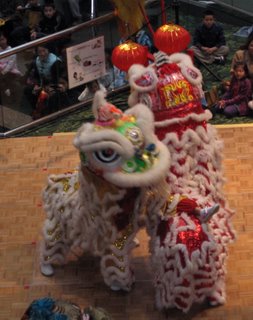 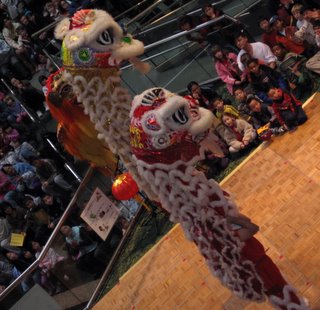 After I dropped her home, I talked to my mother on the phone. She told me of her heroic efforts to ship me a lovely painting that I do not want, but wouldn't mind having. I did not say "thank you" quickly enough and she got off the phone in a huff.

As soon as I got home, I had to turn around and head out to the [Steelers' bar] to meet Pele and friends to watch the Super Bowl. I did not forget my earplugs, which was a good thing. It is my contention that the Steeler's fans wear enough jersey numbers to fill out the roster (almost). I took some pictures of the numbers: 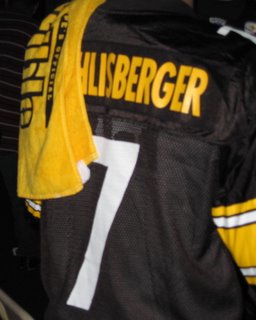 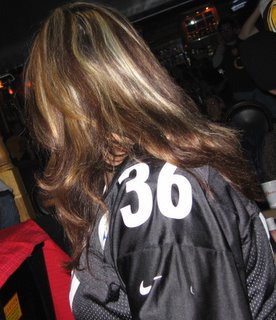 Troy "The Man With The Hair" Polamalu, Safety 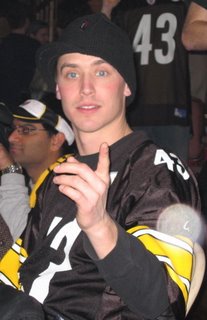 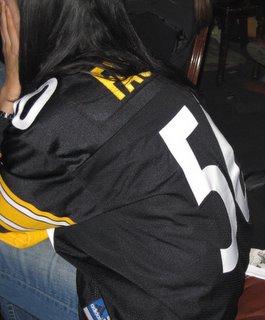 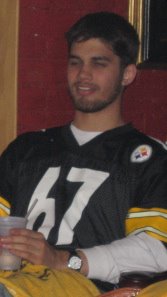 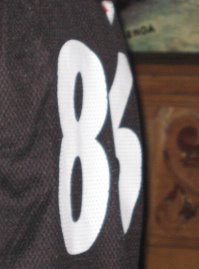 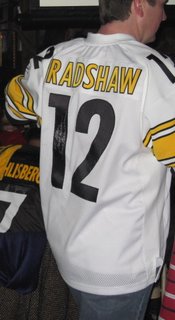 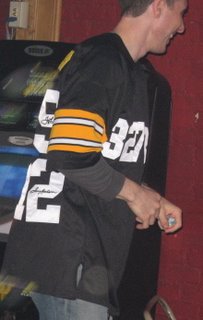 Damn, I almost sound like a Steelers' fan, don't I? If the Steelers were playing almost anyone else, I would have cheered for them. Instead, I quietly clapped when the Seahawks did well, sighed when they did poorly and felt outraged at the bad calls. I also cringed when the Steelers' faithful booed the Seahawks. Was that necessary? I hate it when people do that. I don't boo anyone (well, maybe the Yankees--but that's it).

Pele staked out the table early and granted permission for strangers to join us, on the condition that they play nice with the one Seahawks' fan. One fellow asked her, "Is she going to jump up and down? Pump her fists?"

An accurate assessment. I told Pele later, "It's not the Mariners--then I'd be jumping around. For the Seahawks, I'll be clapping. But I don't fist pump for anyone."

And you know who else was the there? The Pirate Parrot. Why isn't the mascot for the Pirates a Pirate? (The Mariners' mascot is a moose, which doesn't make much sense either, but at least moose live in the greater Washington State area. I don't think Parrots are native to PA.) I bumped into the Parrot and he was kind of handsy.

As soon as the game was over, I hoofed it back home. It was one thing to sit there surrounded by fans of the opposing team; it was another to participate in their raucous celebration of my team's defeat. I didn't think I would care so much. I wasn't sad or angry or anything, but I wasn't happy either. Team loyalty is a ridiculous and completely illogical thing. Nevertheless, I predict another appearance by the Seahawks in the Super Bowl in the not too distant future.

And next time we'll win.

Grateful for: the first Seahawk Super Bowl appearance.
Posted by Jamy at 10:49 AM