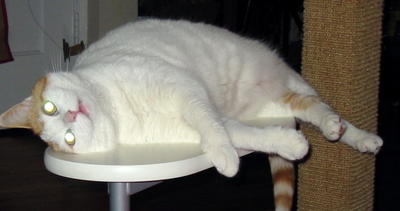 I did not go dancing last night (I cancelled due to extreme laziness). I told CK I didn't have the energy to be friendly and she agreed I should stay home, though she suggested that I snark from the sidelines. "I don't want to pay $15 just to snark." CK granted, that as much as she might enjoy it, it would be a waste of money. Instead, I tried to watch my submarine movie, Das Boot. I got about half way through and called it a night. 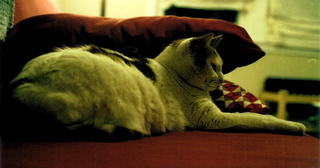 I got up early to deposit the condo fees (my job as treasurer and, yes, I'm late depositing them, but everyone else was late getting them to me). I was within half a block of the bank when I realized that I left my wallet at home. Dammit. 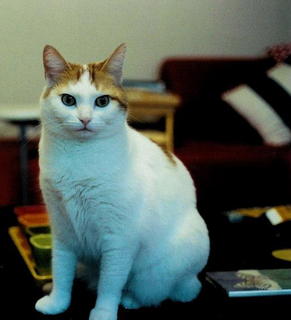 I walked back home and went to the farmer's market across the street to get the tomatoes and some bread. I'd have to go to the bank later. When I got home, I re-read the recipes for tomato salad, all of which ended with the words "serve immediately." Preparation must be postponed. Dammit.

I took a shower and made some coffee. The little sister called and cancelled. I knew I wasn't leaving until it was time to go to Pele's cookout and I have spent most of the day snugged up in my house. 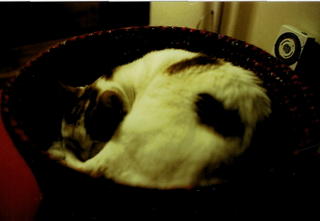 I watched the rest of Das Boot. The director's cut--three hours of submarine fun. It's a good movie. Sure it is. So why did I hate it so much? Hate might be too strong a word, but I couldn't get into it. It seemed terribly familiar. I know I've seen it before, but it must have been more recently than I thought. All in all, boring. 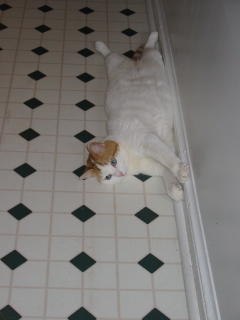 I read a good chunk of the book group book, The Heart of the Matter. I like it, even though I thought I wouldn't and despite the fact that the main character is a void. Greene is good. I had the tennis on in the background: very good! Go Agassi! A little reading, a little tennis, a little lunch. A nice way to spend the day.

I hope you enjoy the Tabitha photos.

Grateful for: a lazy Saturday.
Posted by Jamy at 2:19 PM